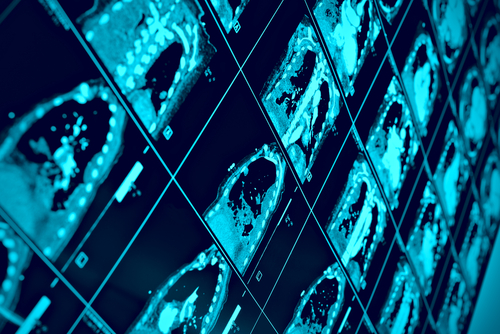 A new study has determined that use of medical imaging could provide important information custom-tailored to the symptoms and exercise capabilities of patients with COPD, potentially leading lead to improved treatment of the progressive lung disease that affects approximately 65 million people worldwide according to the World Health Organization.

The researchers say the study’s purpose was to determine the role of imaging measurements of emphysema and airway disease in determining chronic obstructive pulmonary disease (COPD) symptoms and exercise limitation in patients with COPD, particularly in patients with mild-to-moderate disease. “COPD is a very heterogeneous disease,” says study lead author Grace Parraga, Ph.D. , from the Robarts Research Institute in London, Ontario, Canada. “Patients are classified based on spirometry, but patients with the same air flow may have different symptoms and significant variation in how much regular activity they can perform, such as walking to their car or up the stairs in their home.”

COPD diagnosis often involves spirometry, a lung function test in which the patient takes a breath and exhales forcefully into a tube connected to a machine. The FEV1 is the volume exhaled during the first second of a forced expiratory maneuver started from the level of total lung capacity. This test produces a figure called the forced expiratory volume in one second (FEV1).

However, FEV1 does not necessarily reflect the whole picture of the lungs, but airway disease and emphysema can be directly measured with imaging. Dr. Parraga and her colleagues set out to develop a way to explain COPD symptoms and exercise capability.

For the study, they performed conventional CT and inhaled noble gas MRI, a technique for visualizing air spaces in the lungs, on 116 people with COPD, including 80 with milder disease. Participants provided informed consent to an ethics board approved HIPAA-compliant protocol and underwent spirometry and plethysmography, completed the St George’s Respiratory Questionnaire (SGRQ), completed a 6-minute walk test to measure their exercise tolerance over a short period of time, and underwent hyperpolarized helium 3 (3He) magnetic resonance (MR) imaging and computed tomography (CT).

The coauthors conclude that patients with mild-to-moderate COPD, MR imaging emphysema measurements played a dominant role in the expression of exercise limitation, while both CT and MR imaging measurements of emphysema explained symptoms.

Researchers at the Robarts Institute Parraga lab think lung function can be understood and explained by exploring the interplay between the airways and airspaces as they grow, develop and adapt in response to the external environment. Research in the lab is directed towards a detailed understanding of lung structure and function, with an emphasis on the development of human medical imaging tools.

A variety of biophysical techniques are used in the Parraga laboratory, with a major emphasis on high resolution magnetic resonance imaging measurements made in vivo in children and adults and exploring their relationship with lung physiology. Ongoing projects are focussed on answering fundamental questions about lung health, such as:

• Can we use imaging measurements to change/improve clinical treatment decisions?

• Does lung disease start in the airways or airspaces?

• Are there underlying disease mechanisms that link cardiovascular vessel and lung structure-function abnormalities?

• Can regional imaging measures of lung structure and function provide insight regarding disease initiation and progression?

While FEV1 does not necessarily reflect the whole picture of the lungs, but airways disease and emphysema can be directly measured with imaging. Dr. Parraga and her colleagues set out to develop a way to explain COPD symptoms and exercise capability.

The implications of the findings are significant for patients with mild COPD and abnormal FEV1, says Dr. Parraga in a RSNA release. “FEV1 doesn’t tell the whole story,” she explains. “With lung imaging, we can look at patients with mild disease much more carefully and change treatment if necessary.”

Findings associated with COPD include emphysema, or damage to the air sacs in the lungs that prevents people from getting the oxygen they need, especially during exercise. While no cure exists for emphysema, there are steps people can take to mitigate symptoms. Emphysema is under-recognized as a source of COPD, Dr. Parraga notes, observing that as a result, patients may be getting suboptimal treatment.

“One in four hospital beds in Canada is occupied by a COPD patient, and many of them return to a hospital because they’re not being optimally treated,” Dr. Parraga says. “Our study shows that when COPD symptoms and exercise limitations are discordant with FEV1 measurements, we should consider using lung imaging to provide a deeper understanding of the patient’s disease and to help improve their quality of life.”

In future studies, the research team plans to investigate whether imaging can help explain symptoms and disease control in people with asthma, another common lung disease, and cystic fibrosis, a hereditary disorder that damages the lungs and digestive system.

You can access the study, “COPD: Do Imaging Measurements of Emphysema and Airways Disease Explain Symptoms and Exercise Capacity,” here:
http://pubs.rsna.org/doi/full/10.1148/radiol.2015150037

For patient-friendly information on CT and MRI, visit:
http://RadiologyInfo.org