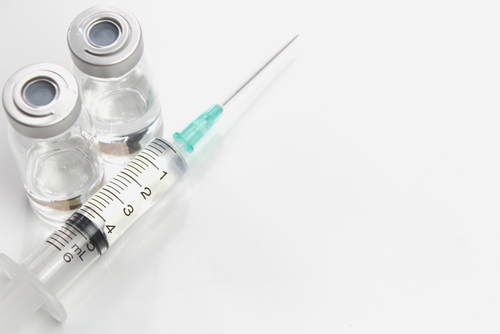 The German Institute for Quality and Efficiency in Health Care (IQWiG) in agreement with the Act on the Reform of the Market for Medicinal Products (AMNOG) examined the benefits of the drug combination umeclidinium/vilanterol (commercialized under the name Anoro) relative to its comparative therapy in treating adult patients with chronic obstructive pulmonary disease (COPD).

COPD is a disease characterized by chronic obstruction of lungs’ airways, making it difficult for patients to breathe. Its most common symptoms, besides shortness of breath, include cough and mucus production. The disease can escalate to periods defined as acute exacerbation of COPD, where patients experience worsening of their symptoms — usually increased frequency and severity of shortness of breath and coughing — which can last for a long period.

The treatment for COPD is commonly performed with bronchodilators — drugs that open the airways. A common drug used to control COPD is Tiotropium bromide — an anticholinergic bronchodilator (anticholinergic agents work by inhibiting acetylcholine, a neurotransmitter, and thus controlling the involuntary movement of nerves’ cells, in this case, in the lungs). A new drug combination — umeclidinium/vilanterol — was recently approved for adults with COPD. It combines a long-acting antimuscarinic agent with a long-acting β2-adrenoceptor agonist and is administered in a fixed-dose combination as a dry powder by inhalation. This therapy was the first FDA approval of single inhaler with two long-acting bronchodilators for COPD treatment.

Now, however, the IQWiG reports no added benefits of the combined therapy umeclidinium/vilanterol relative to tiotropium treatment. Specifically, manufacturers’ data on patients with moderate COPD severity and patients with less than two acute flare-ups (exacerbations) yearly had data only for the outcomes “dyspnoea” and “health-related quality of life” outcomes, and no differences were reported in both conditions when compared to tiotropium therapy. Additionally, no data for further analysis was available for higher severity grades with increased exacerbations.

The Federal Joint Committee (G-BA) reported on the two comparative therapies: for adults with mild COPD (acknowledged by severity grade II and grades III/IV with no more than two exarcerbations per annum), therapy should be performed with long-acting beta-2 sympathomimetics and/or long-acting anticholinergics, respectively formoterol, salmeterol and tiotropium. In severe COPD cases (acknowledged by severity grade III or higher together with more than one exacerbation per annum), the appropriate comparative therapy is inhaled corticosteroids.

In the case of the combination umeclidinium/vilanterol, the manufacturer only presented data relative to one comparative therapy — the tiotropium — for patients with mild COPD. Additionally, in their studies, treatment with inhaled corticosteroids was administered in these cases. Thus, their experimental setup is in disagreement with G-BA guidelines, and so only half of the study is reliable for assessing the added benefit.