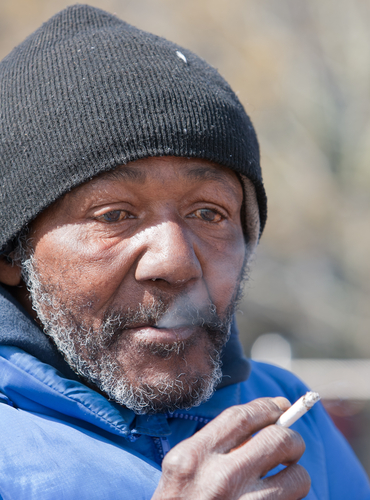 Christopher S. Lathan, M.D. from the Dana-Farber Cancer Institute recently explained in a press release how lung cancer, the deadliest cancer among all Americans, affects African Americans differently from other racial groups. Lathan treats patients suffering from lung cancer and studies how the disease affects the African American population in particular.

Researchers such as Lathan have found that racial differences do in fact affect the progression of lung cancer and can impact how the disease is effectively prevented and treated. In order to better understand these differences, the National Cancer Program of the National Cancer Institutes and the National Institutes of Health recently partnered in a joint research effort to provide information to both patients and families on these differences and how people can take preventative action to avoid lung cancer.

Lathan said that, “of all ethnic/racial and gender groups in the United States, African American men are the most likely to develop lung cancer and also to die from the disease. We don’t know why that is. Smoking alone cannot explain the high incidence and mortality from the disease in African American men.” In spite of this fact, high risk factors for lung cancer, such as smoking, remain an unaddressed problem in the African American community. “My research suggests that African Americans are less likely than whites to think that changing their behavior or lifestyle would decrease their risk of developing lung cancer. This concerns me because getting people to quit smoking is critical for making progress against this disease.”

Even though smoking does not account for all incidences of the disease, as 15 percent of lung cancer patients are nonsmokers, smoking is still an important trigger and several research projects are currently underway to better understand additional risk factors. However, African American patients that Lathan sees erroneously report that they do not think their community is significantly affected by lung cancer, despite the fact that the disease indeed has a wider impact on African Americans. “I also hear people say that there are no treatments for lung cancer, yet treatments are available,” he says.

Lathan advises patients to quit smoking immediately and offers them help in order to reduce the difficulty in quitting. In addition, he also recommends that all patients — smokers and ex-smokers alike — be screened for lung cancer based on their age and smoking history.

For those in the African American community that are diagnosed with lung cancer, Lathan is quick to note that there is still hope. “When detected at an early stage, lung cancer can be treated with surgery, radiation and chemotherapy,” stated the physician. “Unfortunately, the disease is frequently found at more advanced stages, when it cannot be cured. This is a tough disease to treat—we’re curing only about 15 percent of people with lung cancer.”

Lathan believes that with the growing trend of personalized medicine, it is currently easier to identify lung cancer patient subgroups and their probability of responding to targeted treatments.”These new therapies are often better at controlling cancer and have fewer side effects than traditional chemotherapy,” Lathan said.

“In the future, we’re going to detect more lung cancers at earlier stages, when they may be treatable. We’re also making progress in treating lung cancer that has spread to other parts of the body. And, finally, fewer people smoke today than in the past. All of these things make me hopeful that things are going to get better with this disease. We just have a ways to go.”