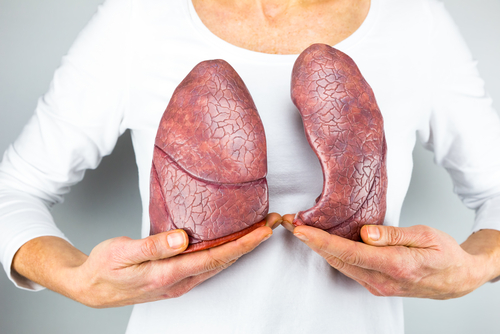 Researchers from Germany have identified how Ofev (nintedanib) and Esbriet (pirfenidone) work — two FDA-approved drugs for the treatment of idiopathic pulmonary fibrosis (IPF).

The study, titled “A Novel Antifibrotic Mechanism Of Nintedanib And Pirfenidone: Inhibition Of Collagen Fibril Assembly,” was published in the American Journal of Respiratory Cell and Molecular Biology.

Lung fibrosis, or scarring, results from the accumulation of fibrotic cells due to the increased production of collagen. This leads to scarring of the lung tissue and affects oxygen uptake, reducing tissue elasticity and causing a decline in respiratory function.

“Currently, the drugs nintedanib [Ofev] and pirfenidone [Esbriet] are widely used in treatment,” Claudia Staab-Weijnitz, senior author of the study, from the Institute of Lung Biology at Helmholtz Zentrum München, said in a news release. Both drugs slowed the progression of the disease, but how they worked was not completely understood, she said.

Researchers treated human cells from IPF patients and healthy donors with Ofev and Esbriet in the absence or presence of TGF-β1, a protein involved in fibrosis.

Results showed that both IPF drugs reduced the expression levels of several proteins that participate in the process of fibrosis, and decreased the accumulation of collagen fibrils in IPF cells compared to those of healthy donors. Both drugs acted in a dose-dependent manner.

“Our analyses showed that both [Ofev] and [Esbriet] inhibit the formation of collagen fibrils,” Staab-Weijnitz said. “Specifically, they reduce the formation of new collagen molecules and secondly, prevent them from forming into larger assemblies, so-called fibrils.”

Ofev was more effective in reducing the expression of genes that promote fibrosis and collagen production, but both drugs inhibited fibril formation.

Together, these findings, based on human cells, revealed a novel mechanism of action for both Ofev and Esbriet.

Researchers now plan to further look into the mechanisms of fibril formation and study methods to halt fibrosis in patients with lung disease.

“The results show that the optimized human system allows the study of collagen biosynthesis and collagen fibril formation at all regulatory levels,” Staab-Weijnitz said. “Thus, it is very well suited for use as an initial test system for novel therapeutic strategies for lung fibrosis.”